Sākums›Sabiedrība›News of Smiltene region in 2021

News of Smiltene region in 2021

As in the rest of the world, a year has passed in adapting to the challenges and consequences of the Covid-19 pandemic. But this did not stop the development and activities of Smiltene region and the new partners Ape and Rauna regions in business, education, culture, tourism, sports and the promotion of the well-being of the population.

The year has been rich in change, there have been many projects launched and completed.

The most important event in the work of the municipality was the administrative-territorial reform. Reform has given us great opportunities and changes. During the year, the administrative structure of the new county was planned, surveys were conducted, working groups were formed, brainstorming sessions, meetings and consultations were organized. A Public Relations Department was established, a cultural administration in one side of tourism, there are also new sports administration, and a lifelong learning board were set up. The Education administration will henceforth be responsible for lifelong learning.

In many areas, our friends and partners will have to meet new people, as the administration of Smiltene has become richer for specialists in various fields through competitions and mergers.

The field of education has also become wider and richer. Currently, there are 23 different educational institutions for all ages in Smiltene municipality.

This was a difficult year for the cultural sector, as it was not possible to plan the events as usual. They had to adapt and think out of the ordinary. But the cultural workers of Smiltene region are creative and flexible, so there were exhibitions, light walks, video projections, erudition games, photo orienteering and the windows of dozens of exhibition institutions when they were closed. Those friends who are used to visiting in the summer should know that the summer has become richer. Smiltene and Ape city festival, Rauna name day, Gaujiena Willow Festival, which will delight lovers of classical music and more and more events in villages and parishes.

The tourism map of Smiltene region has expanded and offers recreation for all tastes. And of course we will always be happy for new cooperation. New museums, delicacies, cultural heritage sites and fantastic nature trails have been added to the new region. This year, the Home Café Days event was a great success, where anyone could open the door of their house and offer a delicious food and cultural program.

The field of sports has become wider with various events. On the Ape side, competitions in motorsport, orienteering in Smiltene, BMX and karting are highly valued. Renovated go-karting and a newly created ski slope also offer such opportunities for tourists. The biggest events of 2021 “Smiltene Cup”, “Smiltene Triathlon”, “MTB Marathon in Ape”, trail race “Stirnu buks”.

This was a difficult time for business, but even during this time, the creative and active continued and even expanded. The companies “Smiltenes piens” (manufacturer of dairy products) and “LV Timber” (wood processing company) expanded their operations in the premises of investment objects built by Smiltene municipality. In August, the Minister of Economics visited Smiltene region to explain the opportunities offered by the Latvian Investment Agency and to listen to entrepreneurs. The most important topic of discussion was the lack of housing in the region and its impact on the attraction of employees, which is currently being addressed at the national level. In 2021, large projects for business promotion and development were launched and completed. In Drusti and Variņi, road infrastructure was improved, the improvement of the business environment in Smiltene and the arrangement of streets in Ape were started in Smiltene.

There was also a lot of work in the social field this year. Various support decisions have been made to help vulnerable groups. In the process of administrative-territorial reform, the Social Services were merged and new binding social regulations were adopted. The Covid-19 pandemic reduced the living standards of many people and many needed support, especially at the end of the year.

It was also a year when a lot was thought about the environment, for example in connection with the Green Palette project. Various measures were taken for the sustainable management and development of municipal waters. Trails have been created and the environment around lakes and rivers has been improved. In the vicinity of Rauna Staburaga rock, which is a unique natural object, only improved with energy-efficient lamps and new paths to protect the object from human impact and erosion. The residents of the county were very happy about all the projects, because during the Covid-19 pandemic, many people appreciated the walking trails and the green nature of the county.

Smiltene region is currently working on the creation of a new coat of arms. 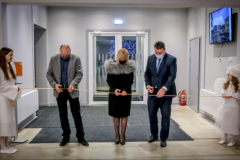 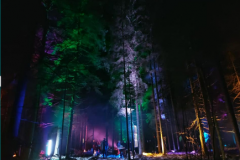 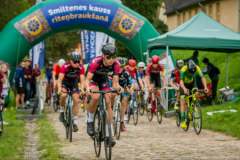 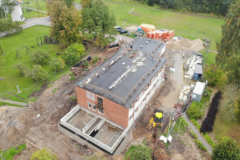 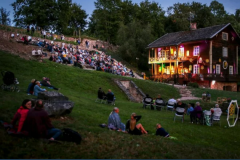 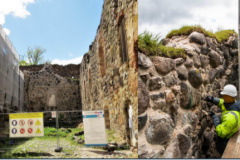 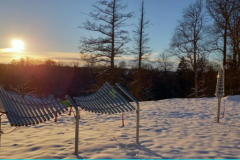 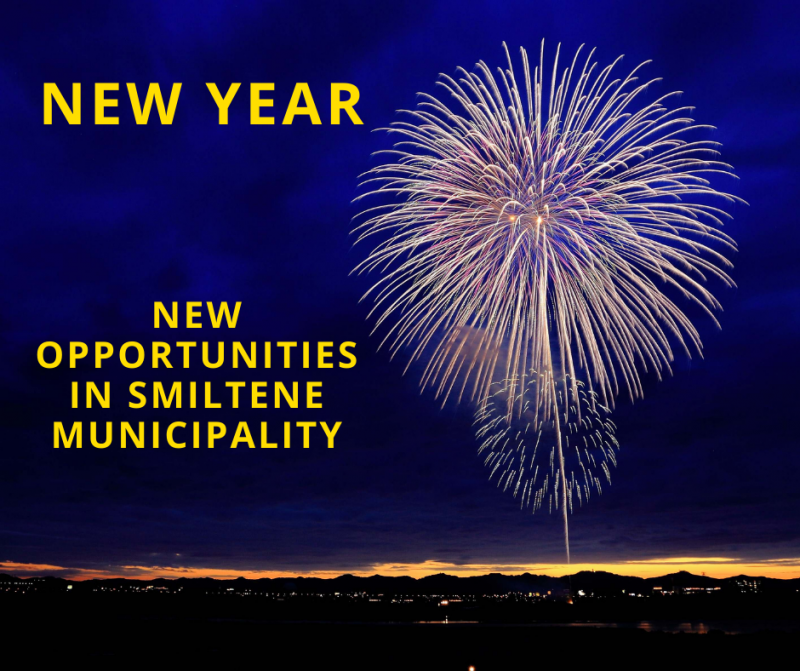 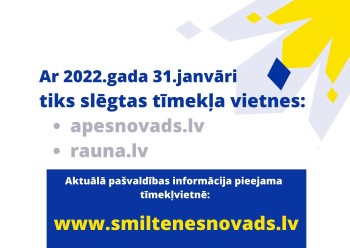